How to prevent injuries while skiing or snowboarding 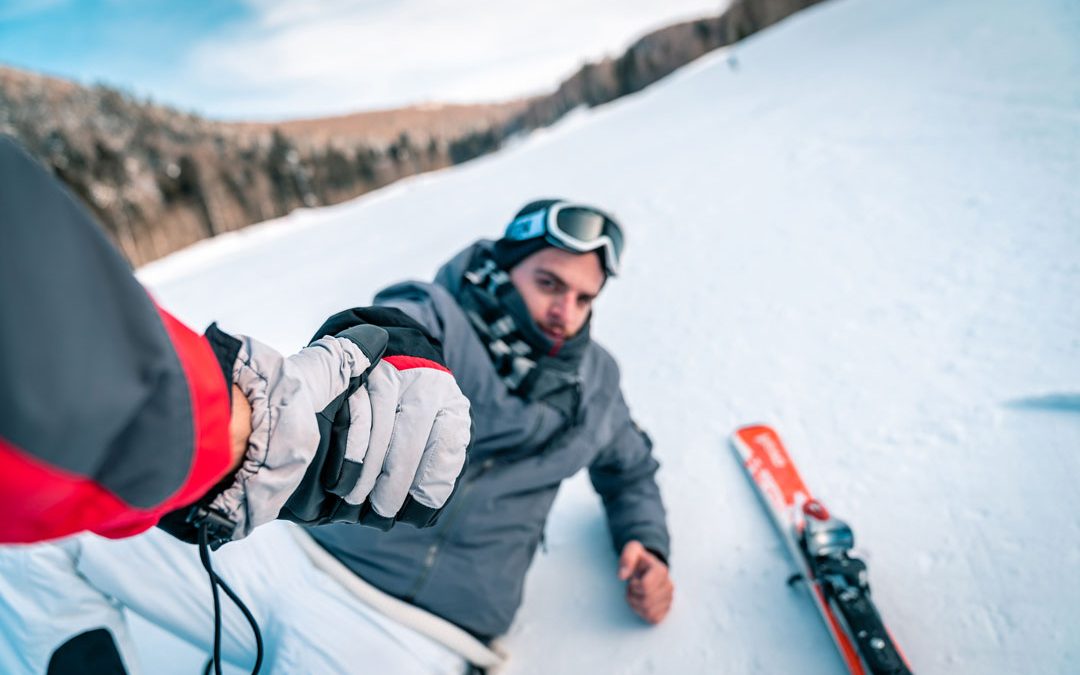 In this segment I will be discussing preventative steps that can be taken to help avoid injuries or help modify disease processes such as arthritis.

At this time of year, winter, I chose to start with ski and snowboard injuries, as I see many of these every year.

For snowboarders, injury rates remain slightly higher than in skiers. Injured snowboarders are usually younger, less experienced, and more likely female than injured skiers. Terrain parks result in a 3X higher rate of injuries in the park for snowboarders over skiers.

The relative risk of injury in the terrain parks are:

The highest risk skier is a beginner, rented skis ( may be improperly adjusted), no helmet and no lessons. Other factors that increase skier injuries include flat light, no snowfall in the past 24 hours, limited grooming, no rest or hydration for longer than 3 hours, and skiing above their level of ability.

The most common ski injury involves the knee and the most common injury involves the Medial Collateral Ligament (MCL) or the Anterior Cruciate Ligament (ACL) . In fact, alpine skiers hold the notorious distinction of having the highest rates of ACL injury of any activity or sport. Females have at least a 3-4 X higher rate than males. Knee injuries in snowboarders are generally less severe than in skiers and ACL injuries are less common.

Before I discuss prevention we must understand the mechanism of injury. Knee injuries including ACL injuries can occur in a variety of ways, but two mechanisms of injury stand out. The “boot induced mechanism” is a big bump, flat landing syndrome . On landing from a jump, if off balance, the tails of the ski may strike the snow first. The ground reaction force drives the ski tips downward and the boot applies an anterior translation to the tibia resulting in stain and eventual rupture of the ACL.

The “phantom-foot” mechanism involves the tail of the ski, a lever that points in a direction opposite that of the foot. An out of control skier assumes an undesirable position with the center of gravity shifting backward relative to the feet. In skier language this is commonly known as being in the “back seat”. The tail of the ski acts as a lever, and as the tail carves into the snow, the ski accelerates forward causing anterior translation of the tibia. Rather than fall backward, the skier attempts to recover with a violent contraction of the quadriceps muscle resulting in strain and possible rupture of the ACL.

In summary, the boot induced ACL tear occurs after a hard landing by off balanced skiers. What actually happens is the skier rotates the downhill arm up and rearward, the skier’s uphill leg is extended, the tail of the uphill skit hits first, and the muscles of the skier’s leg contract tying to extend the leg.

So, how do we protect ourselves from these mechanisms of injury?

For the boot induced ACL injury, : LAND IN CONTROL, LAND ON BOTH SKIS, AND LAND WITH YOUR KNEES FLEXED.

For the phantom foot ACL injury: ARMS FORWARD, FEET TOGETHER, HANDS OVER SKIS, and DONT FULLY STRAIGHTEN YOUR LEGS WHEN YOU FALL, DON’T TRY TO GET UP UNTIL YOU’VE STOPPED SLIDING, and DON’T LAND ON YOUR HAND (skier’s thumb injury). WOW that’s a lot to take in! However, studies have shown that resorts that taught their employees these patters of injury and how to prevent them showed that the ACL tear rate decreased by 62%.

Skiing can be a fun family sport. Taking precautions with the correct equipment, having lessons, not taking unnecessary risks, and practicing the preventing measures can help keep the activity safe. This year marks my 50th year skiing and I don’t have plans to stop. Despite taking precautions accidents do happen and I’m fortunate to be available to help get skiers and snowboarders back on the slopes.